Run Rcc Command is not working

Hi team,
I’m trying to run rcc in cmd, but it will error that its not recognized,
below I’m attaching Screenshot for your reference.
Thank You, 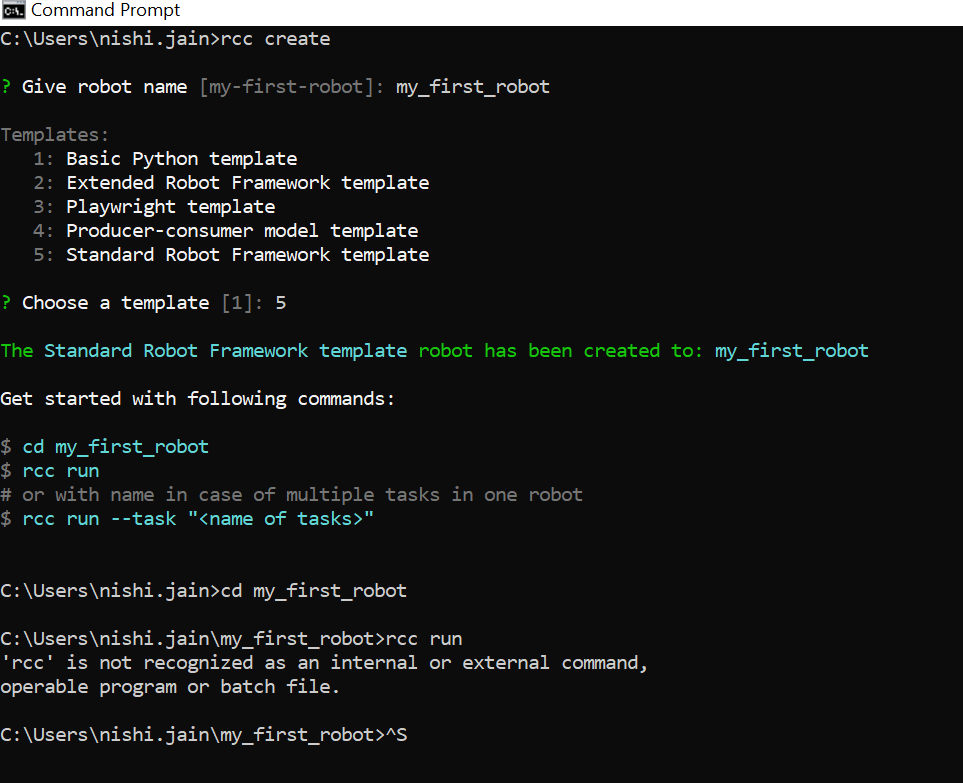 On first line you can run it. Then when you change directory, you cannot. My guess is, that you have rcc.exe in C:\Users\nishi.jain directory, but that directory is not in PATH.

You have changed directory with cd my_first_robot command. And since rcc.exe is executable, you cannot do cd rcc.exe.

Hi Jippo,
Its resolved,
Thank You .